Note: This blog post is one I wrote exactly four years ago, prompted by a reviewer who complained about the lack of “heat” in my work. I thought it was worth a quick update and a re-run… 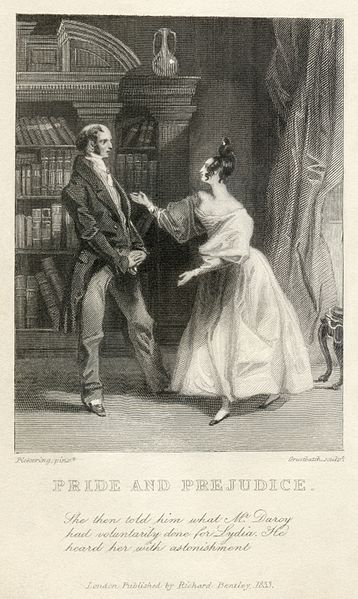 Is there anything wrong with that? No, of course not. It’s all good fun; escapism had for less than the price of a movie ticket. I used to gobble up bodice-rippers when I was a hormonal teen. White lines would appear on the spine of the paperbacks where the particularly juicy scenes could be found. Sometimes, with historical romances, I would actually learn something other than intimate details of procreation.

In this topsy-turvy world, writing romance novels without “money shots” has actually become controversial.  Unless the book specifies it’s Amish or Christian, some people expect a little friction between the sheets.  Even if the story is categorized as Young Adult, readers often look for the spice…and get annoyed when it fails to materialize.

In traditional Regency romance (romance set during the British Regency from 1811-1820), no explicit sex occurs. The last few years have seen the rise of a more modern Regency romance; romances of a non-traditional sensual variety (ie: more “marketable”).

So why on Earth would an author swim against the tide of filthy lucre (money) and write what might be termed “clean” or “sweet” romance…especially considering reader expectations?  Call me crazy, but personally I think readers should have choices. I don’t think novels and stories without explicit sex scenes need be antiseptic or anemic.  In my romances, for example, my characters have physical feelings and thoughts. For me, the money shot is the kiss!  I also tend to put  exciting adventure in my stories…fisticuffs, sword fights, and escapes from death.

If you’re looking for a good time that doesn’t involve *ahem* “biology,” check out Flinch Free Fiction. The blog features “flinch-free” fiction in a variety of genres. (Psst: several of the CIR authors are having an upcoming Valentine’s Day promo, February 11 – 14, 2018).  Clean Reads (slogan All Story. No Guilt) is also a publisher I’ve working with in the past, which specializes in sweet romance and fiction in various genres.

I guess you could say “clean” fiction is now edgy.  And I guess I can call myself a maverick.

It’s mid-summer and time for the beach, baseball, barbecues, and family fun. Christmas is not a high priority….unless you’re the type of reader who melts at the end of a romantic Christmas story or a heartwarming holiday tale. If that’s you, any time’s a great time to pick up a stack of Christmas reads! Clean Indie Reads Christmas in July eBook Sale offers 15 titles in a variety of genres – novels, novelettes, short stories, mysteries, and sweet and paranormal romance – sale-priced from FREE to $2.99. Read by the pool or save them for the holiday season, but act now because the sale ends July 21. Note: please check all prices before clicking the “BUY” button. Each individual author is responsible for ensuring the correct sale price for her book(s). To check out all the goodies, go HERE.

My freebie is A Gift for Lara, which you can download from Amazon HERE.

Lara Robinson wrote a love letter four years ago, but received no reply. Now the man to whom she gave her heart will visit Blythe Manor for Christmas. How can she enjoy the holidays knowing Miles Greystoke must despise her for revealing her feelings in such an unguarded fashion?

As an awkward youth, Miles fell in love with a kindred spirit…but his love was unrequited. Against his wishes, he’s now obliged to spend the holidays at Blythe Manor. Time has wrought changes in his physique, but his devotion to Lara Robinson has never wavered. He searches for the perfect present to show her how he feels, but nothing seems quite right…until he realizes the best sort of gift will embrace the true meaning of Christmas.