When Bethany is saddled with an unwanted, unrefined, and decidedly common guardian, she must polish him up before he’s fit for good society. As for Willoughby Winter, all that stands between him and his inheritance is to marry Bethany off. Can he succeed in his efforts before his past becomes known or will she manage to distract him from his goal—by hook or by crook?

I’m pleased to announce Spinster is now in wide release. Click HERE for a universal link to your favorite bookstore. Which of my titles is next for wide release? Jessamine’s Folly will be available on October 31st!

Staring down life as an old maid, newly jilted Clare flees to a country home she’s inherited from her grandmother. She doesn’t count on clashing with her handsome neighbor, whose gentlemanly manners and education are at odds with his workingman’s image. As their relationship unfolds, however, she discovers the mysterious Meriweather Holcroft is not at all what he appears to be.

I’d also like to reveal the new cover for Duke of a Gilded Age.

Blurb: When American-born Wesley Parker inherits a dukedom in 1890, he must learn to be an aristocrat. Assigned to the task is his attorney’s daughter, prim Belle Oakhurst. As they travel to England together on a luxurious ocean liner, their tempestuous relationship encounters more than rough seas. Although Wesley is increasingly attracted to Belle, she is already engaged. While Belle begins to regret her hasty promise to marry, she is bound by honor and duty to keep her pledge. Furthermore, a thoughtless fabrication on her part threatens to expose her as a liar. Neither Wesley nor Belle can foresee that their voyage across the Atlantic will be fraught with peril, and will cost more than one man his life.

Duke of a Gilded Age is still exclusive to Amazon HERE. Look for it to go into wide release on November 28, 2018.

In honor of Summer Solstice, more colloquially regarded as the advent of beach season, I’ve put together a 30-second Beach Reads video which I hope you will enjoy. All of my historical romance books are available for the Kindle. I have a more limited selection of audio books, and as of now only Spinster and The Mannequin are available in paperback. Please let me know in the comments section if you’d like to see other titles made available in paperback.  🙂 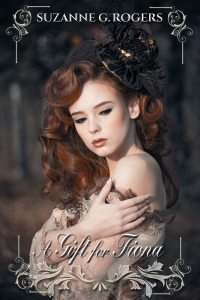